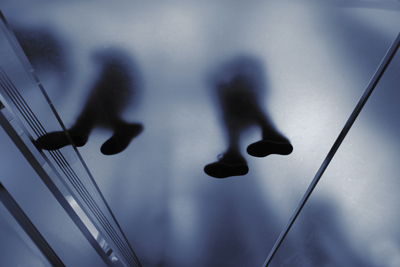 Alan Turing is one of the world’s best-known codebreakers, helping the Allies break the German Enigma code during WWII with his Bombe machine.
‍

Turing certainly isn’t the only math genius who changed history, however. SPYSCAPE celebrates five others whose extraordinary skills and achievements also deserve recognition.

Alan Turing is one of the world’s best-known codebreakers, helping the Allies break the German Enigma code during WWII with his Bombe machine.
‍

Turing certainly isn’t the only math genius who changed history, however. SPYSCAPE celebrates five others whose extraordinary skills and achievements also deserve recognition.

Groundbreaking codebreaker and Shakespeare enthusiast Elizebeth Friedman was admiring one of the Bard’s folios at Chicago’s Newberry Library when a contact offered to introduce her to George Fabyan. The eccentric millionaire was convinced Sir Francis Bacon had planted a cipher within Shakespeare’s texts indicating Bacon was the true author of Shakespeare’s plays and sonnets. Fabyan hired Elizabeth to get to the bottom of it.

It was the start of an illustrious career. America's first female cryptanalyst and her husband, William Friedman, headed the Riverbank Department of Ciphers in WWI and developed many principles of modern cryptology.

During Prohibition, she broke codes used by drug runners, alcohol smugglers, and mobsters including Al Capone. Her biggest achievement, however, was uncovering a Nazi spy ring operating across South America in 1943.
‍

After graduating with a degree in mathematics, Marian Adam Rejewski taught at a Polish university and worked part-time at a Cipher Bureau decoding intercepted German radio transmissions. The German-speaking cryptologist continued his work in Warsaw as the Nazis gained power in the 1930s and eventually used documents obtained by French intelligence to recreate the German Enigma cipher machine.

The Polish codebreaker worked with mathematician-cryptologists Jerzy Różycki and Henryk Zygalski and - five weeks before the start of WWII - the Poles shared their achievements with French and British spies.

The intelligence formed part of the Ultra program and contributed to the defeat of Germany in WWII. After the war, Rejewski worked as an accountant, only breaking his silence in 1967 when he provided his memoirs to the Polish Military Historical Institute.
‍

Joan Clarke, once engaged to Alan Turing, was a key member of Britain’s Bletchley Park codebreakers, working alongside Turing and Hugh Alexander in Hut 8 where they broke the German cipher system Enigma.

The London-born mathematician won a scholarship to Cambridge, where she gained a double first degree in mathematics although that was just a title. Clarke was not granted ‘full membership of the body academic’ as Cambridge only awarded it to men until 1948.

Joan Clarke was initially recruited as a Bletchley Park clerk earning £2 a week ($2.40) following a recommendation by her Cambridge professor. Joan’s mathematical skills were obvious, however, and she was soon moved to Hut 8 and called a ‘linguist’ as the British civil servants didn’t have a classification for a female cryptanalyst. Clarke reportedly enjoyed filling in government forms with the line: "Grade: Linguist, Languages: None."
‍

While the British codebreakers were hard at work, American ROTC graduate Leo Rosen was called up to active duty with the Army Signal Intelligence Service (SIS). American codebreakers had devised a ‘paper and pencil’ method to solve one aspect of the Japanese machine cipher system known as ‘Purple’.

Without having ever seen Tokyo’s cipher system, Rosen prepared the layout of a machine that duplicated the function of the Japanese machine, allowing cryptanalysts to type a Purple cipher text into a machine and retrieve a plain text decipherment.

‍Rosen, much like British mathematician Alan Turing, was a genius whose work allowed American codebreakers to read the Japanese diplomatic cables before the ambassador had even arrived at work.
‍

While little is known about the top-secret Black Women Codebreakers of Arlington Hall Station, the unit played a critical role in WWII. They helped Allied forces target Axis leaders and enemy ships, and they are believed to have helped coordinate the D-Day invasion.

Their command center was Arlington Hall Station, a former women’s junior college. Among the codebreakers was Annie Briggs, who headed up the production unit that identified and deciphered codes. Ethel Just led the team of translators. Just, who earned her bachelor’s degree from Ohio State and a Master’s from Boston University, reportedly became dean of women at South Carolina State University after the war.

The identities of most of Arlington’s Black codebreakers remain unknown. Overall, the US employed some 10,000 women codebreakers, many of whom carried their secrets to their graves.

Article
SPYSCAPE Challenge: Can You Solve Our Codebreaker Puzzles?

Thank you! Your submission has been received!
Oops! Something went wrong while submitting the form.